NASA has Devised a Plan for the First Woman to Set Foot on the Lunar Surface after almost Five Decades of the First Man doing so.

The story of the first men setting foot on the lunar surface is still a big thing for all of us. Remember, when in school, the teacher told us about how Neil Armstrong and Edwin Aldrin became the first men to set their foot on the Moon, and all of us would just stare in wonder and awe?

The mission that was named Apollo after the Greek God is now getting a twin sister in the name of Artemis. NASA has planned its first mission to send a woman onto the lunar surface, and this is a big win for feminists all over the world! It wouldn’t be wrong to say that this is “one giant leap for womankind!”

What is Artemis Program?

The Artemis program is named after the Greek Goddess of Moon, who is also the twin sister of Apollo. Though this program is still in the infancy stage, NASA has been doing all it can to successfully send a woman to the lunar surface.

Further, with President Donald Trump announcing recently that he was adding $1.6 billion to the budget of NASA, the program is set on a jet speed. “This investment is a down payment on NASA’s efforts and will allow us to move forward in design, development, and exploration,” said Jim Bridenstine, NASA Administrator. He further added that “the first woman will be an American on the surface of the moon in five years,” during the Space Symposium conference that was held in Colorado Springs.

“The last person walked on the Moon in 1972,” as stated by Bettina Inclan, NASA Communications Director, to the CNN. Till date, only 12 humans have set their foot on the Moon, and all of them have been American men. “No woman has ever walked on the lunar surface,” he further added. 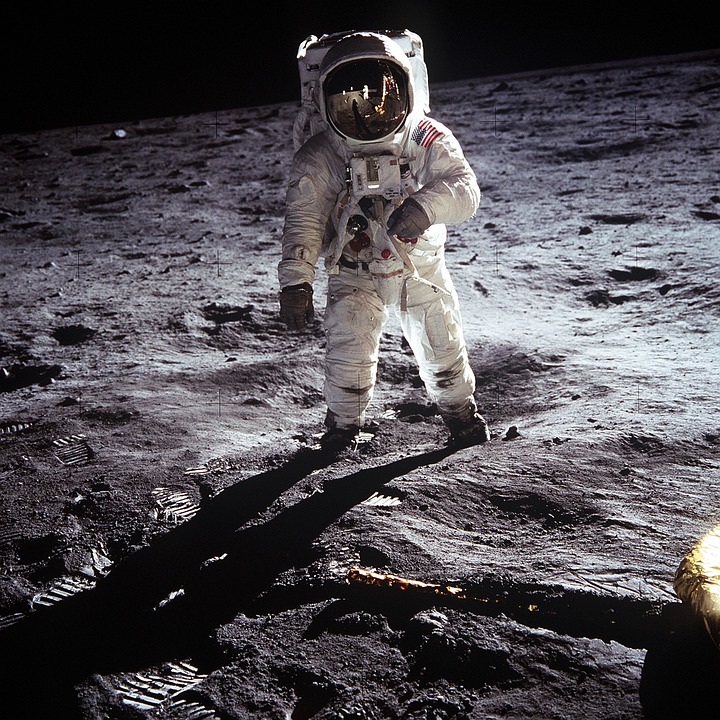 However exciting the mission might sound, NASA still has to make a lot of developments for the project to see the light of the day and to be successful. It has to develop a vast range of new hardware, that includes new lunar landers. Alongside, it is also awaiting Congress’s approval for the budget of the program, which is touching $21 billion as of now.

“To land American astronauts on the Moon by 2024, we are working through the acquisition approach for the various projects,” NASA said in a recent statement. With the upcoming 50th anniversary of Apollo 11 this year, there has been a renewed interest in the Moon. Ryan Zeigler, the curator of the Apollo rocks collection, stated that the right time to jump-start this mission was now!

What are your thoughts about the FIRST WOMAN to be setting foot on Moon? Let us know how excited you are about this project in the comments below!