As the Splendid May Makes Its Way Towards the French Streets, The Cannes Film Festival brings all the Bling! 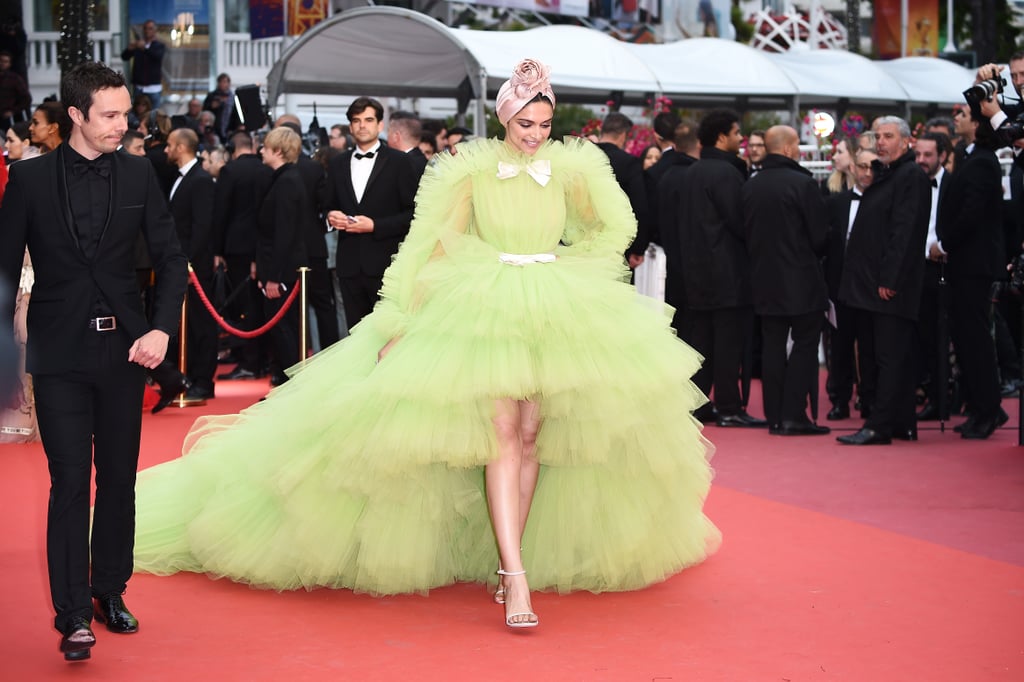 If you are an avid follower of the social media whirlwind, Festival de Cannes or the Cannes Film Festival should not be a surprise to you. This is the ultimate time when celebrities from all over the world get dressed and all ready on the red carpet. The festival lasts for as long as 12 days, with celebrities flying down from various countries and continents. This film gala is a visual treat for everyone who loves cinema, art, and fashion!

What is It all About? 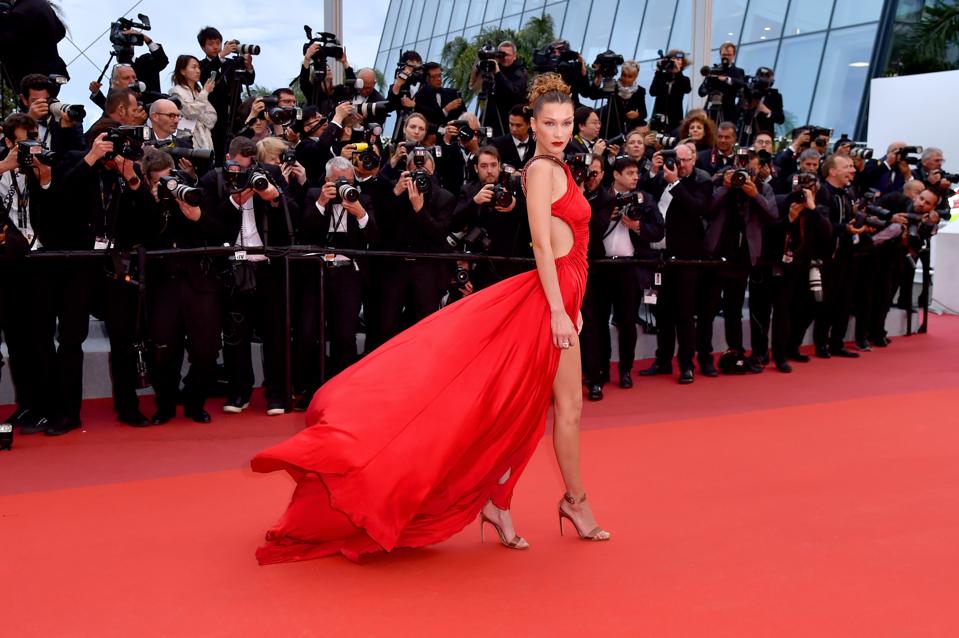 The annual film festival conducted in the city of Cannes is the ultimate destination for all the to-be-discovered filmmakers. All the aspiring filmmakers get a chance to showcase their movies to an international audience and get the recognition they deserve. The crowd is filled with the big players of the industry, aspiring players and reporters only, making it an exclusive festival to admire the art of film-making.

Known for launching artistic filmmakers like Steven Soderbergh and Quentin Tarantino, Festival de Cannes is a film wonder. Unlike the Oscars, the Cannes film festival allows anyone to submit their movie, and the international movie industry’s representatives can view every submission.

When and Where is it Held? 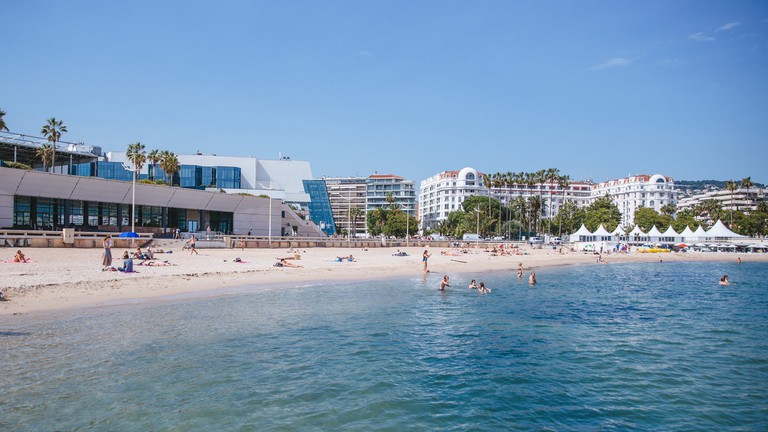 The annual Cannes Film Festival is conducted in the gorgeous, small city of Cannes. Cannes is located on the extreme south of France and boasts of beautiful beaches and stunning landscapes. The Cannes Film Festival happens for 12 days in the month of May, turning the city into a gala for the cinematic world. 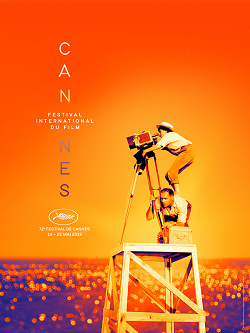 The 72ndannual Cannes Film Festival is taking place this year from 14th to 25th of May. The jury president of Cannes is Mexican Filmmaker Alejandro Gonźalez Iñárritu. The 2019’s festival features the official poster as a tribute to the French filmmaker Agnès Varda, who passed away in March 2019. The opening film of the festival is “The Dead Don’t Die” which is a zombie comedy film by Jim Jarmusch.

The festival will end on 25th May with the film “The Specials.” In total, there are 50 films slated to be showcased this year. They are further classified into – In Competition (21), Un Certain Regard (18) and Short Films (11).

Here is a list of movies that will be showcased in each of the categories:

In Competition – Atlantics, Bacurau, The Dead Don’t Die, Frankie, A Hidden Life, It Must Be Heaven. Little Joe, Matthias & Maxime, Les Misérables, Mektoub My Love: Intermezzo, Oh Mercy!, Once Upon A Time In Hollywood, Pain and Glory, Parasite, Portrait of a Lady on Fire, Sibyl, Sorry We Missed You, The Traitor, The Whistlers, The Wild Good Lake, Young Ahmed.

Un Certain Regard – Adam, Beanpoles, The Bears’ Famous Invasion of Sicily, A Brother’s Love, Bull, The Climb, Fire Will Come, Freedom, Homeward, The Invisible Life of Eurídice Gusmão, Joan of Arc, Nina Wu, On a Magical Night, Once in Trubchevsk, Papicha, Port Authority, Summer of Changsha, The Swallows of Kabul.

Short Films – The Van, Anna, The Jump, The Distance Between Us and the Sky, All Inclusive, Who Talks, Butterflies, Monster God, White Echo, The Nap.

Famous Celebrities This Year at Cannes

Apart from being a gala for the movie world, Cannes is known to be one of the most popular red carpet fashion events. Celebrities from all over the world gear up for their Cannes appearances from months before the festival begins. All of them turn up on the red carpets as literal visual wonders, making the festival a bigger celebration. Set up against the wonderful Cannes backgrounds, the celebrities stun everyone with their looks.

Here are a few celebrities that graced the red carpet this season:

The Newlyweds Priyanka Chopra and Nick Jonas – This couple has graced the red carpet for the screening of “Les Plus Belles Annees D.Une Vie” in classy white ensembles. Priyanka was spotted wearing a strapless gown by Georges Hobeika.

Romee Strijd – The famous Victoria’s Secret model was spotted wearing a stunning white lace gown by Etro. She attended the screening of “The Dead Don’t Die.”

Penelope Cruz – Dressed in a stunning Chanel couture collection by the late Karl Lagerfeld, Penelope Cruz turned heads all over.

Elle Fanning – The youngest ever Cannes member of the jury, Elle Fanning graced the red carpet in a stunning ensemble by Gucci.

Aishwarya Rai Bachchan – The Bollywood actress and beauty queen stunned the red carpet this year in a beautiful white ensemble by Ashi Studio. Eva Longoria – Adorned in a custom Alberta Ferretti gown, Eva Longoria stole the thunder from her counterparts in this thigh-slit gown for “The Dead Don’t Die” screening.

Helen Mirren – Showing off her bubblegum pink hair, the gorgeous Helen Mirren stunned everyone in an Elie Saab couture.

Liya Kebede – The model stunned onlookers in a gorgeous dress by Valentino for the ‘Pain and Glory’ screening.

Amber Heard – Amber Heard graced the red carpet in a sequinned dress paired with a leather belt and stunning Chopard jewellery for the ‘Les Miserables’ screening.

Barbara Meier – Posing in a Ziad Nakad dress, this German model looked like a dream on the red carpet.

We have tried to list some of the best looks so far. So, whose look did you like the best? Let us know in the comments below!